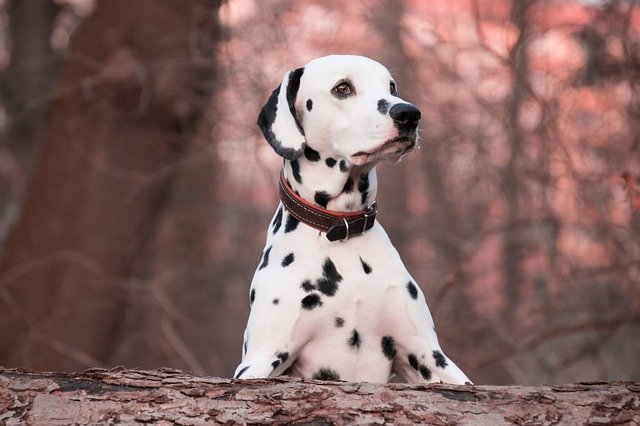 The Dalmatian is a very old dog breed easily recognizable by its white coat with characteristic black spots or liver-coloured spots. The well-known dot layer of hair is unique for Dalmatians, because no other purebred breed has such a unique dot mark.

Origin and purpose of Dalmatians

The breed was named according to Croatian province, Dalmatia, which is believed to be the original place of origin of these dogs. Throughout their rich history, Dalmatians have been used for countless very active duties – they were war dogs, they were used on farms where they played the role of a sheepdog, and they were also hunting dogs and even circus performers.

The Dalmatian is an active dog

Considering that they have always been occupied with something, it is normal that, if you decide to become a Dalmatian, you will get a real energy bomb. If you live in a small apartment, be prepared for the fact that a Dalmatian will need even a few longer walks a day, as well as running.

The colour of the Dalmatian

Don’t worry if you don’t see a lot of dots on your Dalmatian. Dalmatian puppies are born snow-white, and spots begin to appear as they age. The spots become more obvious between the ages of five and six months.

However, not all Dalmatians are strictly black and white.

Freckles can appear in a variety of colours. Some appear in yellow, brown, gray, and even orange. Sometimes a Dalmatian can have a mixture of these colours on him, but that depends on the colours of his parents’ freckles.

RELATED ARTICLE:  When is The Right Time to Adopt a Puppy?

Although they do not have major genetic problems, what they often suffer from is deafness. About 30 percent of Dalmatians have some kind of hearing impairment, from hearing loss to complete deafness.

The cause of this genetic disorder lies in exactly what they are known for – freckles. Dogs with freckles, and especially dogs with predominantly white fur, sometimes do not have enough melanocytes – cells that produce melanin, or darker skin and spots in the inner part of the ear.