Sad story about a dog that was waited for his owner, next to his bike in the center of Subotica, Serbia finally had a happy ending. The loyal dog has been reunited with his beloved family and his comeback brought happiness in the eyes of three little kids that were crying for days.

Daniel from Subotica, Serbia have a wife, three kids and one dog. He is riding his bicycle every morning to the bus station and then he takes the bus to his work, which is 20 km. from the city.

He didn’t notice that one morning, his dog named Meda was following him. Near the city center, he had an accident and he was hurt. He left his bicycle locked in front of a local bank, and he went to hospital.

For days, his dog was waiting patiently next to the bike, and he refuse any food or water. Daniel’s family was looking for Meda, but unsuccessfully. No one ever thought that the loyal dog is waiting for his owner. The staff from a nearby coffee shop was taking care of Meda but, he started to refuse food and water, and when someone got close to the bicycle, he was starting to bark. 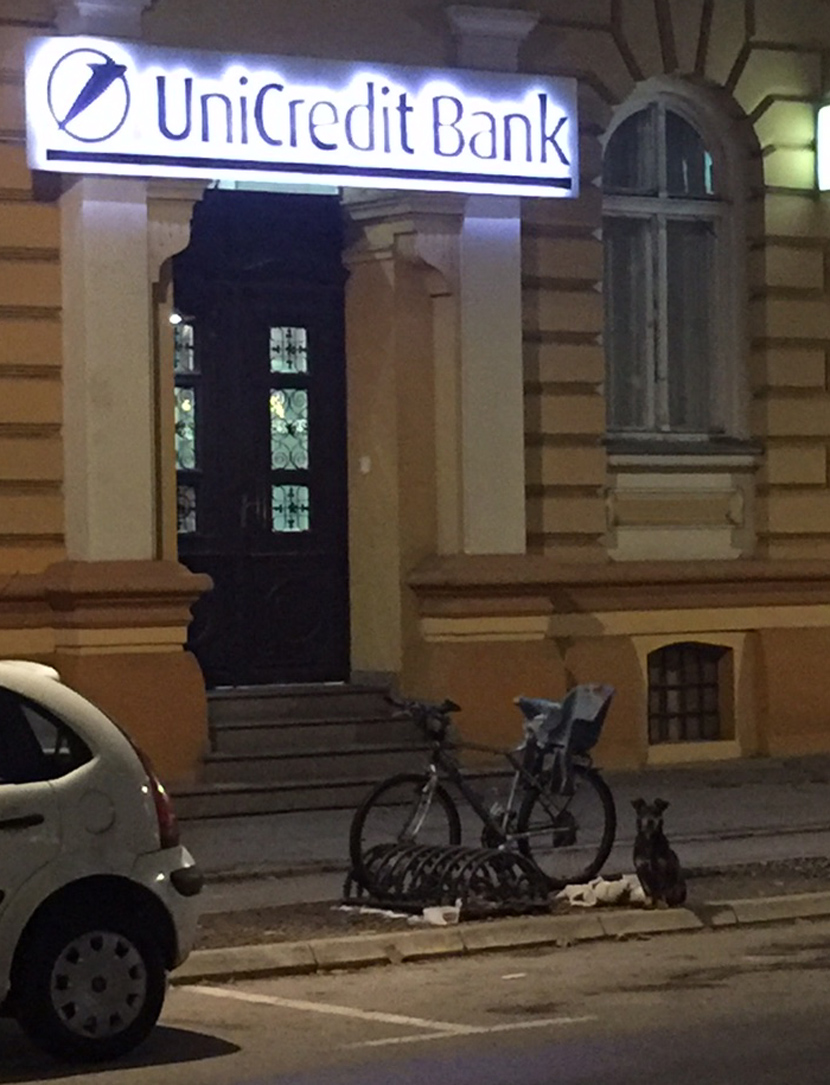 After days, an activist from the local animal rights organization, somehow caught the dog and left a note on the bicycle. She was taking care for the dog, provide him with a medical care and once when Daniel was released from the hospital and went to take his bicycle, he couldn’t believe his eyes.

Once he called the number that was left on his bicycle, he went to see Meda, who was enjoying in his temporary home. Daniel was happy to see Meda doing well, but his comeback home brought happiness in the eyes of the three kids that were crying for days.

Daniel and his family are grateful to all good people that helped Meda to survive the cold nights on the street, while waiting for him.