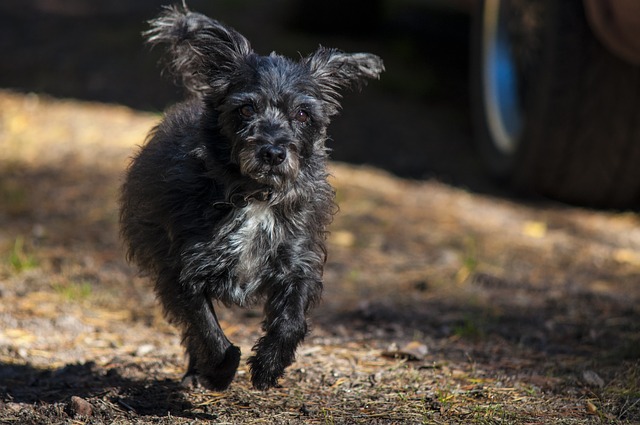 Why Do Dogs Chase Cars? Do they see anything threatening in them? Why are they barking at them? Do they see living creatures in them or are they just angry at them for some old unwanted encounter or a long-ago blow?

Experts do not give an unambiguous answer to the questions that have always confused homeowners. However, most agree that these are innate instincts that can never be excluded from an animal’s behaviour.

Dogs and vehicles in motion

Hardly anyone has seen a dog kill or at least bite a car, but many claim that they see prey in cars. Dogs are born hunters, and anything that moves can serve as prey. According to some explanations, dogs in vehicles in motion see large beasts like the ones they have been hunting for thousands of years, so they attack them practically in – self-defense.

– Time and the proximity of people have made dogs from hearty and brave predators to become cute and cuddly pets. Evolution, however, has failed to completely cleanse the past of dogs and completely pacify them. Traces of centuries spent in a brutal struggle for survival can be seen today. With roots rooted in the deep past, we can partially explain their chase for cars.

In the barking and rushing on the wheels of the car, according to him, we can recognize the model of the former reaction to the approach of the enemy, that is, the prey. This behaviour in real conditions can be seen today in hunting dogs. Birds and hunters behave in the same way as they react when they meet a car when approaching wild animals.

RELATED ARTICLE:  What is the Difference Between Following and Tracking?

The dog is defending the territory

Veterinarians explain this behaviour of dogs by the primordial struggle for territory. It is the oldest form of animal behaviour, in the center of which is the naked struggle for survival. The formula is clear – there can only be one dog in one space. He is the boss here, he chooses the best food and females of his choice. That is why everything that moves, and at the same time is loudly announced, is a potential competition that should be driven out of its own territory as soon as possible.

– One explanation for this phenomenon is that a moving car is seen by a dog as a potential adversary threatening the territory in which it is dominant. The attack is a logical reaction of the animal to the threat, and with the attack it tries to drive it away and tell it not to appear there again. It is difficult to say why the wheel of the vehicle is the target of the dogs, but it is possible that in his eyes it acts as an exponent of a running individual. It is also possible that the character he sees on the chassis has a share in this behaviour.

The dog is bored

Another reason may lie in the simple fact that this part of the “enemy” is the closest and most convenient for him to bite.

– There are, however, alternative claims that houses chase four-wheelers simply because they are – bored. And a noisy car with a torn exhaust can be a good pastime. However, no one explained why dogs chase cars, while they do not pay attention to others.