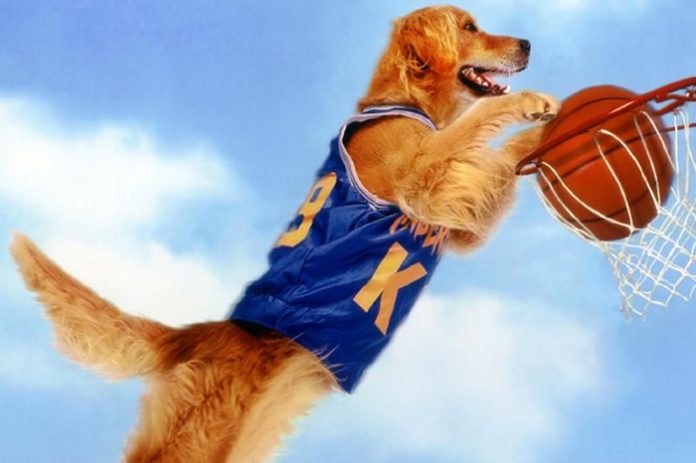 How are Dogs Trained to Act in Movies?Can dogs be attributed to something like “acting talent” at all, or is it just a very good training? The best Hollywood dog trainers answered this question and explained how they prepare dogs for the movie.

Dog movie stars such as Lesie, Toto and Rin Tin Tin are as much a trademark of Hollywood as Marlon Brando, Robert De Niro or Meryl Streep. In general, animals have been involved in the film industry from the very beginning, primarily due to their easy availability and the fact that they do not need to pay fees.

In return, their presence on the screen, especially when it comes to dogs, increased the respect and affection of people who began to equate them with heroism, loyalty, humour and intelligence.

Anne Gordon is the owner of Ena’s Animal Actors, a pet talent agency, and has been mediating in the engagement of animals for numerous films, television shows and the PR industry for more than six years.

When someone invites her to report her pet, she first inquires about obedience training, his social skills, health and age. He then checks how they are behaving in an unfamiliar environment.

– Some dogs are great in their own household, but if we put them in front of a stranger or in an unfamiliar environment, they become completely different animals. Preference for getting a role is usually given to animals that are obedient, that know a lot of tricks and that have attended agility training. Even the most sought after are mixed breeds and not pure breeds, which means that a look like Benji’s is still in fashion.

RELATED ARTICLE:  What is Hyperpigmentation in Dogs?

Gordon claims it’s never too late to train. Her dog Buck was adopted from the shelter when he was three years old, and he didn’t even know how to sit on the command. With advanced obedience training and agility classes, he can perform 15 tricks today.

– Dogs never stop surprising me. Their abilities are limitless. Just when you think I can’t or won’t do something, that’s exactly what they’ll do. But the opposite is also true. ”

Further, Gordon emphasizes that typical training is not suitable for filming because it becomes too obvious in the recording that the dog reacts to the signals coming from behind the camera. That is why he relies on syllables, gestures, body language, so that their behaviour seems much more natural and untrained.

No matter how ready you are, filming is often unpredictable and full of distractions – from the light to the camera, so it goes without saying that everything does not always go as planned.

A few months ago, in an interview with NPR, Teresa Ann Miller answered several key questions regarding Hollywood dogs. In the same interview, she also promoted the new Hungarian film “White God”, which talks about the mixed breed Hagen, abandoned and left by the roadside. Hagen teams up with other abandoned dogs with a plan to take revenge on people who treated them badly. Miller participated in the casting and trained two dogs who shared the role of Hagen: “This was not a film with animals, but a film that leads a dog while telling a story at the same time.”

Teresa is the daughter of another famous Hollywood trainer – Karl Miller, who, among other things, worked with the popular dog Beethoven from the film of the same name: “Growing up with so many animals was an incredible experience. One day we had chickens, the other raccoons. We even had a seal in the bathtub overnight, because my father worked with the seals the next day. ”

Her training style is therefore the legacy of a veteran trainer: “Everything a dog does is a reflection of my body language or my voice. Also, during obedience training, you give very direct signals, one word, one syllable as a command. You get a quick reaction to what you want him to do. ”When she wants the dog to look sad, Teresa starts talking quietly and slowly, and makes him lower his head and watch. He begins to react to her quiet address and body language, lowers his head and ears, and it is possible for the dog to start crying.

However, all this requires talent, and even time. It takes several months for the trainer and the animals to adjust so that the reaction is appropriate. Certainly, it is easier to work with dogs than with other animals, because they are the only ones who really want human attention, tenderness and praise. With others, it all comes down to rewarding food.

It is interesting that the biggest canine Hollywood stars did not come from respectable families, nor were they purebreds. According to some data, about 80% of dog actors were actually rescued from the street by coaches or adopted from an asylum.
Such is the case with the mixed stray who played Eddie Murphy in the movie “Doctor Doolittle” and Fang from the movie “Harry Potter and the Sorcerer’s Stone”.

Trainers regularly search shelters in search of canine doubles, and the general opinion is that street dogs have a special character and are unexpectedly friendly. Once coaches adopt them, they become their owners at the same time. They get time to play, train, and take them to work every day, which, you will admit, means that they spend more time with the owners than the average pet.

The use of animals in the film managed to educate the public, provoke empathy towards animals, and even awaken activists and motivate them to fight for the protection of animals.