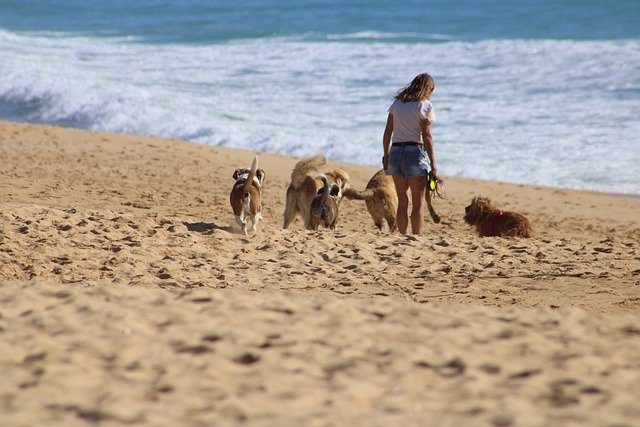 Can Dogs Get Sunburn? Breeds that have a flat snout, such as pugs and bulldogs, have a 17 times higher risk of getting sunburn, according to scientists.

As scientists say, these are breeds that have small skulls and a short nose, which are therefore harder to cool with panting and should not be kept in the sun for a long time.

Dog breeds that should be sheltered from the sun:

Scientists came to this alarming discovery after studying data on 9,000 dogs across the UK. The Chow Chow is 17 times more likely to suffer heat than the Labrador, a favorite breed in countries around the world. It is followed by a bulldog, a French bulldog, a Dogue de Bordeaux, a cavalier King Charles Spaniel, and a pug.

– Dogs are chilled by panting. When the nose is not pulled out, panting is less efficient. In fact, brachiocephalic breeds can generate more heat by panting than they lose it, explained veterinarian Emily Hall from the University of Nottingham Trent.

Dogs can also get sunburn

This study, the largest of its kind, revealed 400 confirmed cases of sunburn in dogs in 2016, with 56 animals, one in seven, dying. In general, dogs with straight muzzles were twice as prone to sunshades.

The demand for these breeds of dogs is on the rise. Many suffer from health problems such as shortness of breath and need expensive veterinary care.

Scientists also stated that some breeds that do not have a flat snout, such as the greyhound, golden retriever, and springer spaniel, are also at risk. Dogs that are obese or muscular should also stay out of the sun.